Victor and Derick were almost torn apart when Victor was detained by ICE and nearly deported. Derick worked with Immigration Equality to get Victor home. Today, they own a successful restaurant together. 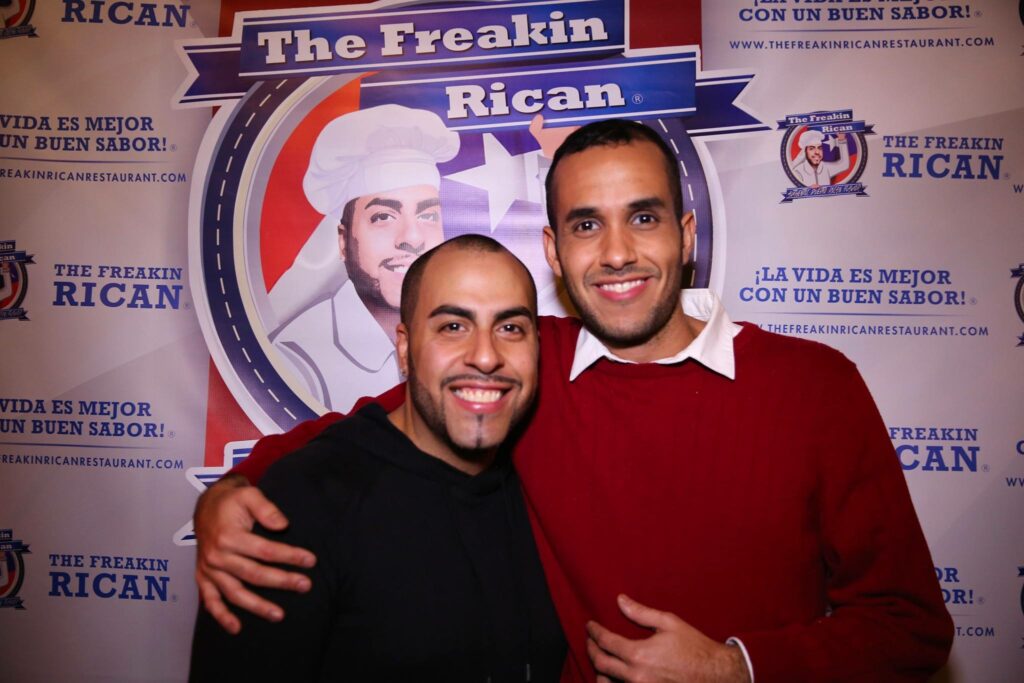 Victor left Colombia because he felt unsafe as gay man. Once, he was attacked by a group of men as he left his job at a disco, and was blamed for his own assault by the police.

He eventually fled to the United States, where he fell in love with Derick, his future husband. However, six months into their relationship, disaster struck. Victor had to return to Colombia to take care of his sick mother and was detained when he tried to re-enter the United States.

“I thought about my life, if everything ended this way, if my dreams were simply ripped from my hands the way an adult snatches a sweet from the hands of a child. I thought about my decisions, about the anguish that my mother would be feeling and how devastated Derick must be.”

Luckily, their story has a happy ending. Derick contacted Immigration Equality and they were able to secure Victor’s release. The couple married in December 2013, and today, they own the Freakin Rican restaurant in Astoria, Queens.