Victory! Kessem Kiviti is recognized as a U.S. citizen from birth by a federal judge, and since the government dropped their case, she is a citizen for good! 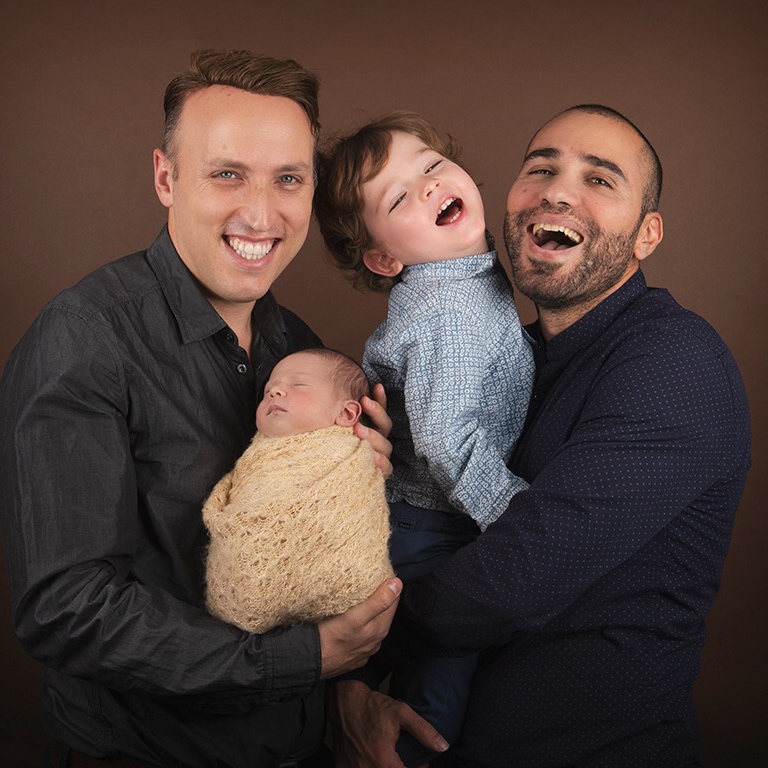 In 2016 they welcomed their first child into their lives. Lev was born in Canada through surrogacy, and was rightfully recognized as a U.S. citizen at birth.

Roee and Adiel’s second child, daughter Kessem, was born in Canada in 2019. When they applied for her passport, a State Department employee wrote “surrogacy” on their application, and a group of employees analyzed their application. They were initially told Kessem’s application was approved, and they paid for her passport. The next day, Adiel received a phone call from a State Department attorney asking about his residency and informing him that the government would determine Kessem’s citizenship through a provision of the INA (Immigration and Nationality Act) that only applies to children “born out of wedlock.”

Kessem’s passport application was ultimately denied, and the couple was told the U.S. government does not recognize Kessem as a citizen. She has been living in Maryland on a Canadian tourist visa that expired in September 2019.

Donate to our fight for families!

Richmond, VA and Atlanta, GA (October 27, 2020) — On Monday, two key legal victories on behalf of married same-sex couples and their children became final after the U.S. State Department withdrew its…

Baltimore, MD (June 5, 2020) –  A federal court in Maryland today ordered the U.S. Department of State to recognize the U.S. citizenship and issue a U.S. passport to one-year old Kessem…