Triumph! The U.S. State Department changed its discriminatory policy, acknowledged Allison and Stefania’s marriage, and the citizenship of their son Lucas. 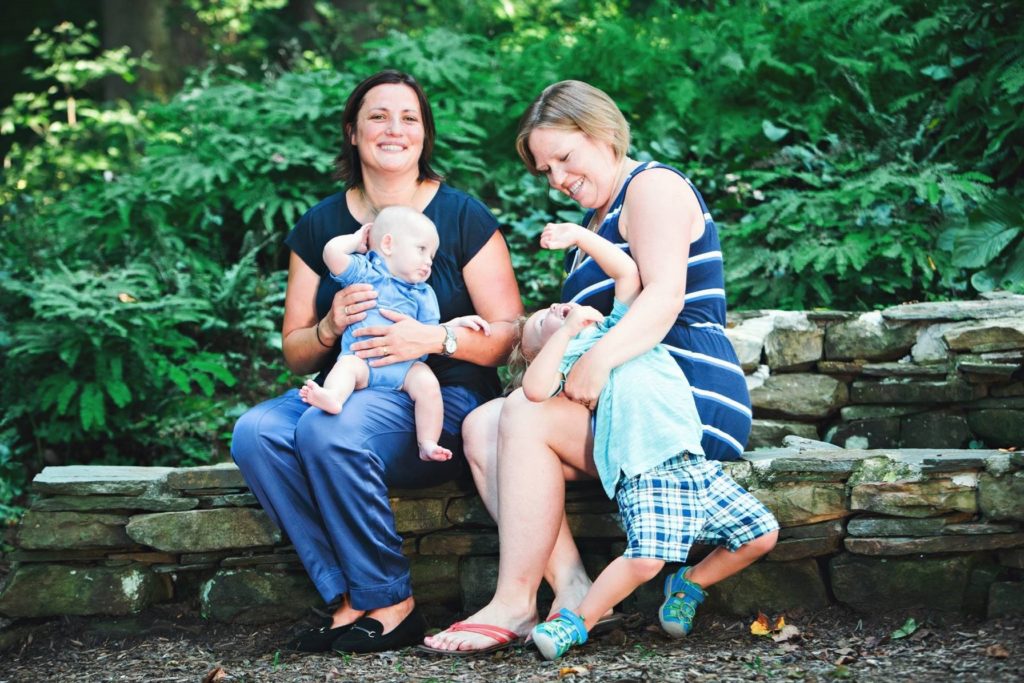 Allison was living in New York City when she met Stefania, who was there on vacation from Italy. After Stefania went back, the two stayed in touch and visited as much as they could. Though they wanted to live together in the United States, Allison could not sponsor Stefania for a visa because of the Defense of Marriage Act (which was eventually struck down in 2015 by the Supreme Court). So the two women moved to London and built a life there, including getting married and having two sons, Lucas and Massi.

Because Allison was born and raised in the U.S., she is able to pass on her citizenship to her children even though they were born abroad. The State Department recognized Massi as being Allison’s son because she had given birth to him. However, it denied that Lucas, who was carried by Stefania, was Allison’s son. In fact, in denying that Lucas was a citizen the State Department explicitly advised the couple that it was using a policy applying solely to unwed mothers—refusing to recognize Allison and Stefania’s marriage.

Also in 2019, Allison, Stefania, Lucas, and Massi relocated to New Jersey, and their case was transferred from D.C. to a district court in New Jersey. During their case, the State Department changed its policy on how parents can confer U.S. citizenship from birth to their children. Instead of the child having to be biologically related to the U.S. citizen parent, the child can also be related to the non-U.S. citizen parent.

While Immigration Equality believes love makes a family, not biology (the INA requires no biological relationship), we consider this a big win for our clients, the many couples who have reached out to us for help, and the entire LGBTQ community.

New York, NY (May 18, 2021) — Today, the U.S. State Department eliminated a longstanding policy refusing to acknowledge the U.S. citizenship of the children of many married same-sex couples. Previously, the State Department claimed…

Will the State Department Stop Discriminating Against My Family?

I’m Allison Blixt, an American citizen born and raised in the U.S. My wife and I have two sons, yet only one of them has been recognized by the U.S. government as…

Available at: https://www.state.gov/u-s-citizenship-transmission-and-assisted-reproductive-technology/ PRESS STATEMENT NED PRICE, DEPARTMENT SPOKESPERSON MAY 18, 2021 Recognizing the advances in assisted reproductive technology (ART), the State Department is updating our interpretation and application of Section 301…