The couple became plaintiffs in Immigration Equality’s lawsuit against the so-called Defense of Marriage Act, which prevented same-sex couples from marrying. The Supreme Court sided with them. 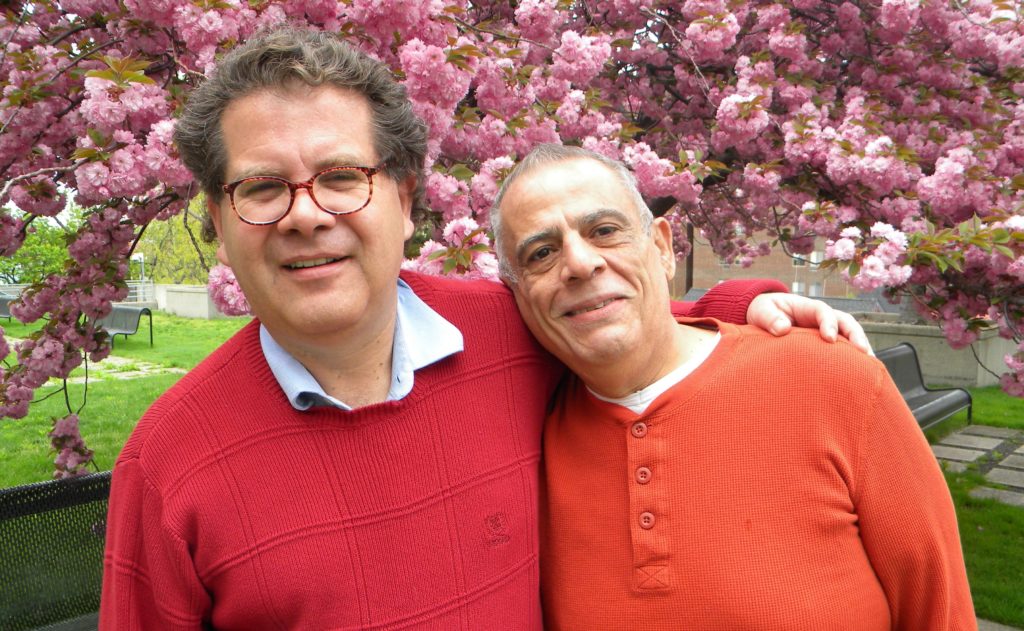 When my husband Santiago and I met at a bar in Venezuela in 1991, I had no idea my life was about to change forever. A whirlwind romance grew into hundreds of love letters exchanged between Caracas and New York, multiple visits to meet each other’s families, and eventually turned into 27 years of true love.

We never knew how much time we would have together. Santiago has been living with HIV for more than 30 years. He would not have been able to receive the care he needed in Venezuela, so in 1992 I came to New York to take care of him. When my visa expired, I had no choice but to stay. He says I saved his life.

It wasn’t easy, though. The daily anxiety of living as an undocumented person left me feeling isolated. Some days I felt like a ghost. The worst part was knowing I had something valuable to offer this country, but being denied the opportunity to contribute.

Finding Immigration Equality changed all of that. Santiago and I became plaintiffs in their lawsuit against the so-called Defense of Marriage Act, which prevented same-sex couples from marrying, and was the reason Santiago was unable to sponsor me to live legally in the United States.

We fought for the freedom to marry, and thankfully, the Supreme Court sided with us in another case that was before them in 2013.