From a young age, Regina understood she was not safe in Guyana. With the help of Immigration Equality, she won asylum in the United States, where she now lives freely as a trans woman. 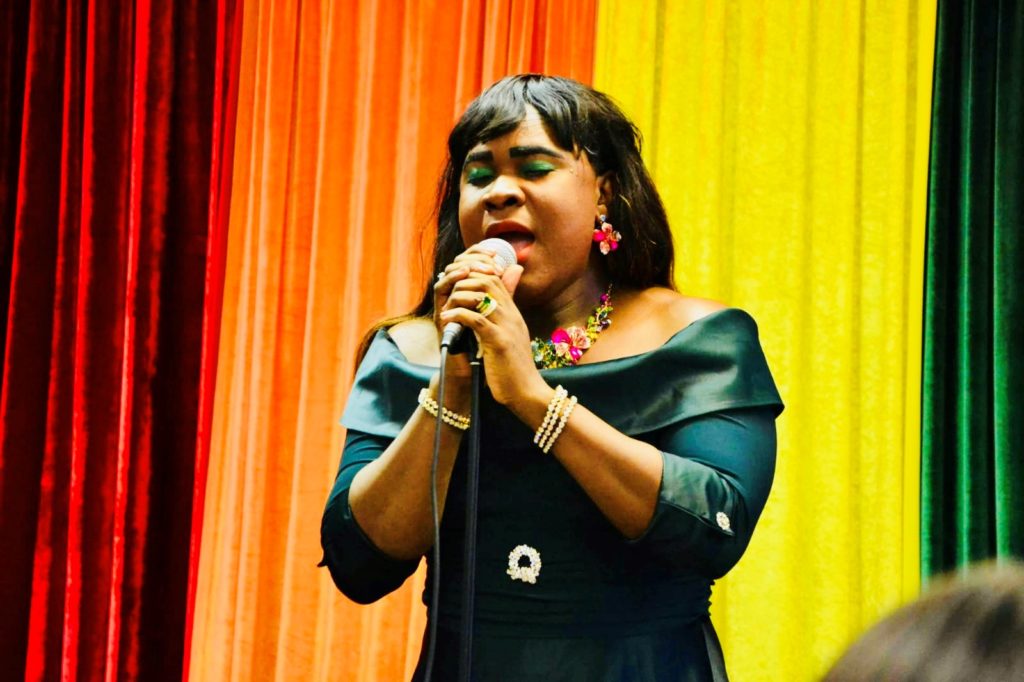 My name is Regina, which in Latin means queen. I see myself as a queen and I carry myself as such. But it has taken a long time for other people to accept me as the special person I have always known myself to be. In Guyana, where I was born, they tried to expel it from me. In the Caribbean, LGBTQ people are often shunned and discriminated against. You can be attacked, you can be stabbed, which is what happened to me, or you can be killed.

When I was seven years old, one of the neighborhood children saw me hugging a male friend. That neighbor told his mother, and she told my family that I was doing “wickedness.” When I came home, my grandmother took me to my room, buried my face in my pillow, and sat on my head while the others beat me until I fainted. I thought I was going to die. When I regained consciousness, my mother was crying and told me that I was a disgrace. She said my behavior was unacceptable, and that I had to be a man.

I didn’t understand what she was talking about because I was just being myself. It wasn’t until I came to the United States in 2014 that I realized I was a transgender woman. I had never even heard the term before. What I did understand from a young age was that I wasn’t safe.

The only place I found happiness was in music. I am a singer, and all my life music has given me courage, hope, and a sense of belonging. I used to go out to karaoke bars, and when I would sing I felt like I was expressing my true emotions. But even those spaces were dangerous. One night after singing karaoke, a group of men attacked me. Another time I was stabbed. I knew I had to leave Guyana.

I tried to go to Trinidad, but I didn’t even make it past the airport. I had dressed up like Queen Elizabeth for the occasion, but my passport said I was a male and the officials didn’t believe I was the same person. I was humiliated, and they sent me on the next flight back to Guyana. The next time I left, I came to the United States.

Here, after nearly four years of fighting for my chance to live safely and authentically as myself, I won asylum with the help of Immigration Equality. I was always confident I would win, because I knew I was telling the truth. I knew that I was here because I wanted to be safe, and that if they rejected my case, they would be sending me back to die. I felt so relieved when I won, because everything I was hearing from the Trump administration had begun to give me doubts that the truth would be enough.

I know the United States is not perfect, but it has come a long way. Living in Guyana, I saw America as a beacon of hope, and being here has been an honor. I love this country, and one day I would like to sing the “Star-Spangled Banner” at the White House. But I want to do it when there is a trans or gay president—a president who understands our struggles, who strengthens our liberties, and who treats us like we are human beings.

For now, I want to be a voice for other trans people, both through my music and my actions. I want to be in a position where I can help others, and thanks to the asylum system and Immigration Equality, I am well on my way.